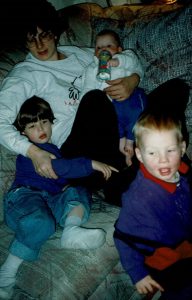 Kids are sticky, loud, and a pain. That’s what I thought until I had my own. When my first child was born, my heart grew three times its size just like the Grinch when he heard the Who’s in Whoville singing despite their lack of Christmas presents. I swear I could feel my heart growing bigger. But, I can’t swear anymore because I’m a mom now.

I’ve become that person who makes googly faces at kids in carts while waiting in lines at stores. I wave at passing cars when kids are looking out the window and being silly. I can see how adorable kids are now. Thanks to my three little lovelies, Garry, Tommy, and Kay, I’m reformed.

But, I also feel like I’ve been in a time capsule almost 30 years. That’s how long I’ve been a mom. For years I was covered under baby spit-up, gigantic grocery bills, sports equipment, and college concerns. I got used to peeking out on my own life from behind the mom gook. These days the bedrooms are converted to office space and my parenting is reduced to advisory capacity only. What I’ve learned so far is that the toughest job you’ll ever love is not being a Marine. It’s being a parent. 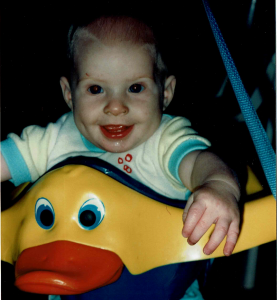 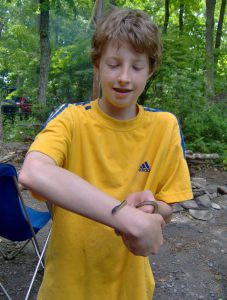 Tommy’s feet barely touched the ground when he returned from