We went more than a month ordering Chinese food. When the delivery guy showed up he was very relieved we were all okay. At that point I had to admit that I wasn’t cooking homemade dinners as often as I thought. Every mom is a short order chef. With your first child you’re optimistic and excited. I pureed organic vegetables into baby food, but only for child number one. He also never ate sugar until he was a year old. By child number three, I decided popsicles were appropriate teething toys.

In elementary school, I fed the kids hot dogs and slushies from the concession stand during little league season. In middle school, I drove endless rotations to and from the local soccer fields. I confess that I fed them convenience store hamburgers or canned soup over rice. The boys were even cooking for themselves the nights I collected my daughter from glee club. Tommy ate 2 or 3 dinners a night at that point, so even if he cooked, I still had to make the rest of his Michael Phelps diet.

When I had to move into a larger pant size it was time for us to eat healthier. I got away with sprinkling wheat germ and kale into casseroles, but I went too far when I used recipes from a vegan cookbook written by Texas firefighters. I thought it showed how strong guys could be eating vegan food. The kids tolerated the recipes until I made vegan lasagna. That recipe had sweet potato and corn in it and, of course, no cheese.

I told the kids I was making lasagna for dinner and they cheered like fans of a winning team. They expected my well-loved sausage and spinach lasagna steeped with mozzarella, ricotta, and Parmesan cheeses. I forgot to mention that it was vegan. At dinnertime, I placed this orange and yellow food in front of them. No one even touched it. I tried a trick that, until that day, got my kids to eat anything. I melted cheddar cheese on top of it. They each ate one bite and no more.

For months after that they were skeptical of every meal I cooked. Each afternoon Tommy asked me what was for dinner. If he didn’t recognize the dish he asked, “Is there meat in it?” to make sure it wasn’t one of THOSE dishes. Ironically, Tommy’s a vegetarian now.

Those years of unappreciated meals took a toll on my culinary confidence. 25 years or more times 365 days times 3 meals a day plus snacks = a lot of dirty dishes, some unhappy faces, and one burnt-out mom.

So, I think I’ve earned my retirement from cooking. These days, my time near a stove is limited to potluck parties and holidays. I mostly make protein shakes and enjoy dinners made by a husband who’s a better cook than me. It’s not a full retirement, although I spend more time boiling water for tea than I do heating up anything else. 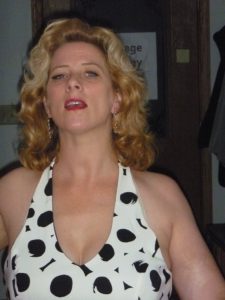 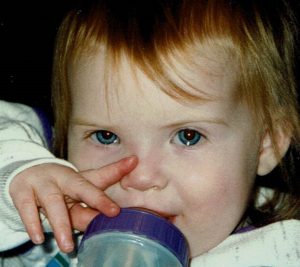 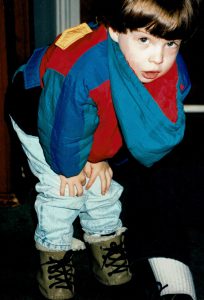 Stubborn is as Stubborn does

“Stubbornness becomes persistence which leads to your success as an