My mother-in-law said the child on the bottom during a fight was probably the one who started it. She successfully raised five kids, the including the father of my children, so I took stock in her parenting advice.

My daughter, Kay was born just 13 months after her brother Tommy. He had the drunken gait of a toddler new to walking and was incredibly strong and fast. We jokingly called him Bam-Bam after the the Flintstones cartoon character. He gave me a black eye once while forcefully waving a sippy cup as I held him on my hip, but that’s a story for another day.

The pulsing place on Kay’s lightly fuzzed head was a major source of anxiety for me because it was a source of fascination to Tommy. “Don’t touch her soft spot!” were my words to Tommy whenever he got near her. Being both loving and curious, Tommy wanted to be near his sister quite a bit. It seemed every time I turned my back, Kay would scream and I would have to rush over, reprimand Tommy, and pick up Kay.

When Kay was six months old and I was a little more rested, I began to wonder why I never really caught Tommy in the act of bothering his sister. It always seemed to happen while my attention was elsewhere. I wanted to find out what was really going on.

My plan was to leave the two of them playing in the living room and pretend to go into the kitchen. Then, I could peek around the corner and watch. Yes, I spied on my kids before they were even out of diapers.

My little baby girl relaxed in her cradle with Tommy on the other side of the room, rummaging through the toy box with the focus of a dog choosing his favorite bone. Kay seemed happy and calm one moment, then let out this familiar blood-curdling scream the next. Popping his head up from the toy box, Tommy’s face was flush with fear. He knew that sound meant he was in trouble again.

Astonishingly, Kay looked perfectly fine after she screamed. Her face returned to the placid look of a church cherub. No one even touched her! I was being played by a six-month-old.

Well, this pattern had to change. I waited a moment, casually walked in the room, went right over to Tommy and gave him a big hug. That day I learned that sibling rivalry could started long before walking or talking. My mother-in-law was right. You can’t make any assumptions about who started the trouble. It could even be the baby. 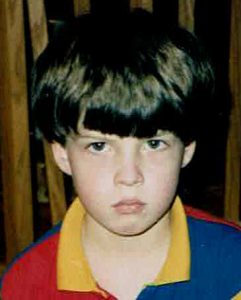 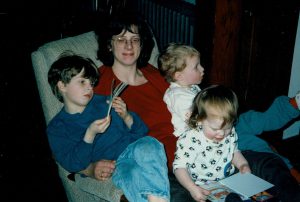 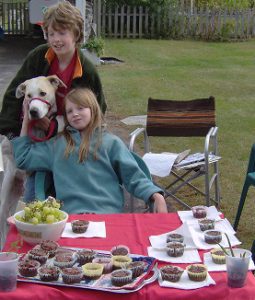 Who knew the best school was right in their grandparents’